For Women By Women Rosanne Mayhew, MD Our Services Botox 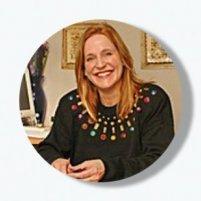 For Women By Women

Respected preventive care physician and aesthetic specialist Dr. Rosanne Mayhew is highly-skilled in administering Botox® and other aesthetic treatments at her For Women By Women practice, located in Los Gatos, California. Women throughout the Silicon Valley and greater San Fransisco Bay area seek out Dr. Mayhew for her expertise in achieving natural-looking, youthful results with Botox.

What Is Botox® Treatment?

Botox is among the most popular medically-administered cosmetic treatments worldwide. Made from a purified substance derived from the bacteria clostridium botulinum, Botox is injected into the face to correct lines around the eyes, on the forehead and between the eyebrows. While BOTOX is the most commonly recognized brand name, similar options include Dysport and Xeomin. Dr. Mayhew uses Xeomin. Though BOTOX is injected, it works differently than injectable “fillers” such as Juverderm® or Restylane® and Restylane Life (formerly called Perlane), which Dr. Mayhew also offers. Instead of plumping up facial lines, BOTOX temporarily paralyzes muscle movement so that patients are unable to make crow’s feet and forehead frown lines. Repeated muscle contractions from frowning and squinting over the years causes frown lines and crows feet. By preventing facial lines from being made, BOTOX not only temporarily erases facial lines, but can also prevent them from becoming worse.

What Does Getting BOTOX® Entail?

BOTOX injections take only minutes to perform and patients experience no downtime. The needles used to inject BOTOX are extremely small, so pain is not an issue. Some patients say the injections feels like a pinch. Patients who are sensitive or afraid of needles can have a topical anesthetic numbing cream applied to the treatment area 30 minutes ahead of time. Some patients may experience minimal bruising or swelling. Aspirin and Advil should not be taken before treatment, as it can increase bleeding. BOTOX results usually appear within 24 to 48 hours, but the full effect can take up to 2 weeks. Botox should not be repeated earlier than 3 months as patients may become nonresponsive to BOTOX and it will no longer be effective. However, touch ups can be done after just two weeks, so it’s best to start out with less. Only about 5% of the population is Botox resistant. Benefits of Botox typically last up to four months. When treatment is discontinued, frown lines and crow's feet gradually return to look like they did before treatment.

Can Botox be used in conjunction with other fillers?

Yes. Many women opt to receive Restylane, Restylane Life and Juvederm filler treatments during the same appointment for an overall rejuvenated appearance. Multiple treatments are sometimes referred to as a “Liquid Facelift.”

Words from our patients